The upcoming Bachelor Winter Games may not have even aired yet, but it looks like two contestants found love—and they just can’t hide it.

The new duo, who will be appearing together on the upcoming Bachelor Winter Games, was spotted holding hands at a party on Friday night at the Sundance Film Festival in Park City, Utah, reports Us Weekly.

Interestingly enough, a source tells E! News that Dean and Lesley “weren’t supposed to be in public together yet.” However, now that the news is out, the “pair is worried about being busted at Sundance.”

Despite the spotting, the source says, “Dean is really happy with Lesley. They are both very goofy and have a lot of fun together.”

The insider also said that, “Things are pretty serious and they are exclusive as of now. They have been spending a lot of time together since the show ended filming.”

Since appearing in Rachel Lindsay‘s season of The Bachelorette and then Bachelor in Paradise last year, the fan-favorite has had quite the drama with some of the lovely ladies of Bachelor Nation, getting involved in a love triangle with Kristina Schulman and Danielle Lombard.

But it appears as if that’s all over now… 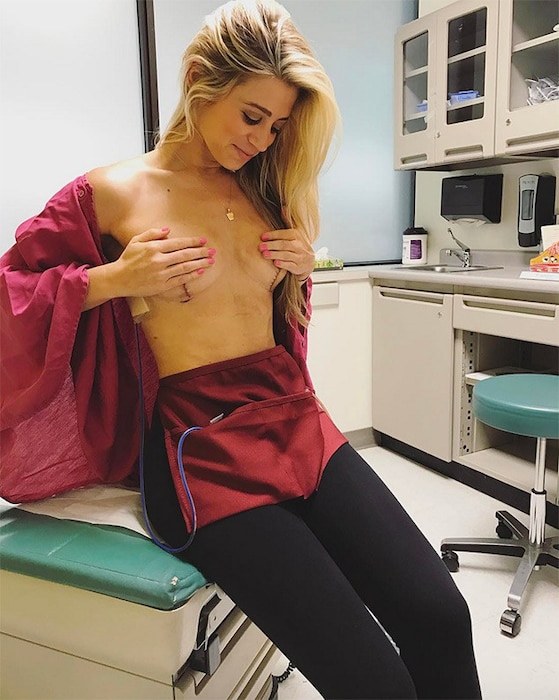 Meanwhile, Murphy, a political consultant, appeared on Sean Lowe‘s season of The Bachelor back in 2013.

Last March, the Bachelor alum revealed on social media that she had had a double mastectomy after testing positive for the BRCA2 gene, which put her at high risk for developing ovarian and breast cancer, the latter of which her mother was in remission from. She then shared via Instagram that two months after the mastectomy she had undergone breast implant surgery.

Sharing her journey, Murphy recounted on Instagram, “In just 83 days, I went from a completely flat chest in horrific pain to somewhere around a comfortable C-cup. Well…as comfortable as I can be in these expanders. The best way I can describe them is like two big boulders on my chest.”

Bachelor Winter Games is a four-episode TV event and will feature alumni from international versions of the show, including Japan, Australia and Canada, as well as American fan-favorites Ben Higgins, Ashley Iaconetti and, of course, Dean and Lesley.

Plus, Trista and Ryan Sutter will serve as grand marshals kicking off the festivities in the series premiere.

You will have to wait to see how Dean and Lesley’s romance heats up in front of the cameras until Bachelor Winter Games premieres on ABC on February 13.

Joe Jackson, Father and Early Manager of the Jackson Family, Dies at 89: Report

Deportation of teacher from US postponed in mid-flight